UK net migration reached an all-time high this week, at 330,000 for the year to March, up 28% from last year and 10,000 higher than the previous peak in 2005. The figure is more than three times higher than the government's target, a target the home secretary has renewed in spite of difficulties, albeit with a delayed date of 2020. The UK is not alone in its experience, and may be having an easier time comparatively - Sweden and Germany are taking the majority of refugees from the current migrant crisis, with Germany expected to take in as many as 750,000 asylum seekers this year, mainly from Syria and the Balkans.

Britain has taken fewer than 1% of Syria's refugees, and the crisis at the English border in Calais accounts for 1% of the total number of migrants that have arrived in Europe this year. It may be for these reasons that the UK is perceived across northern Europe as a country that is tough on immigration, even though British people themselves may find this hard to believe.

New YouGov research across seven northern European countries reveals that when respective populations are asked about the immigration policies of other European nations the UK is seen as having the strictest approach. The average response shows the UK is the only country that tends to be seen as strict on immigration (48% say this while 29% say the UK is relaxed). 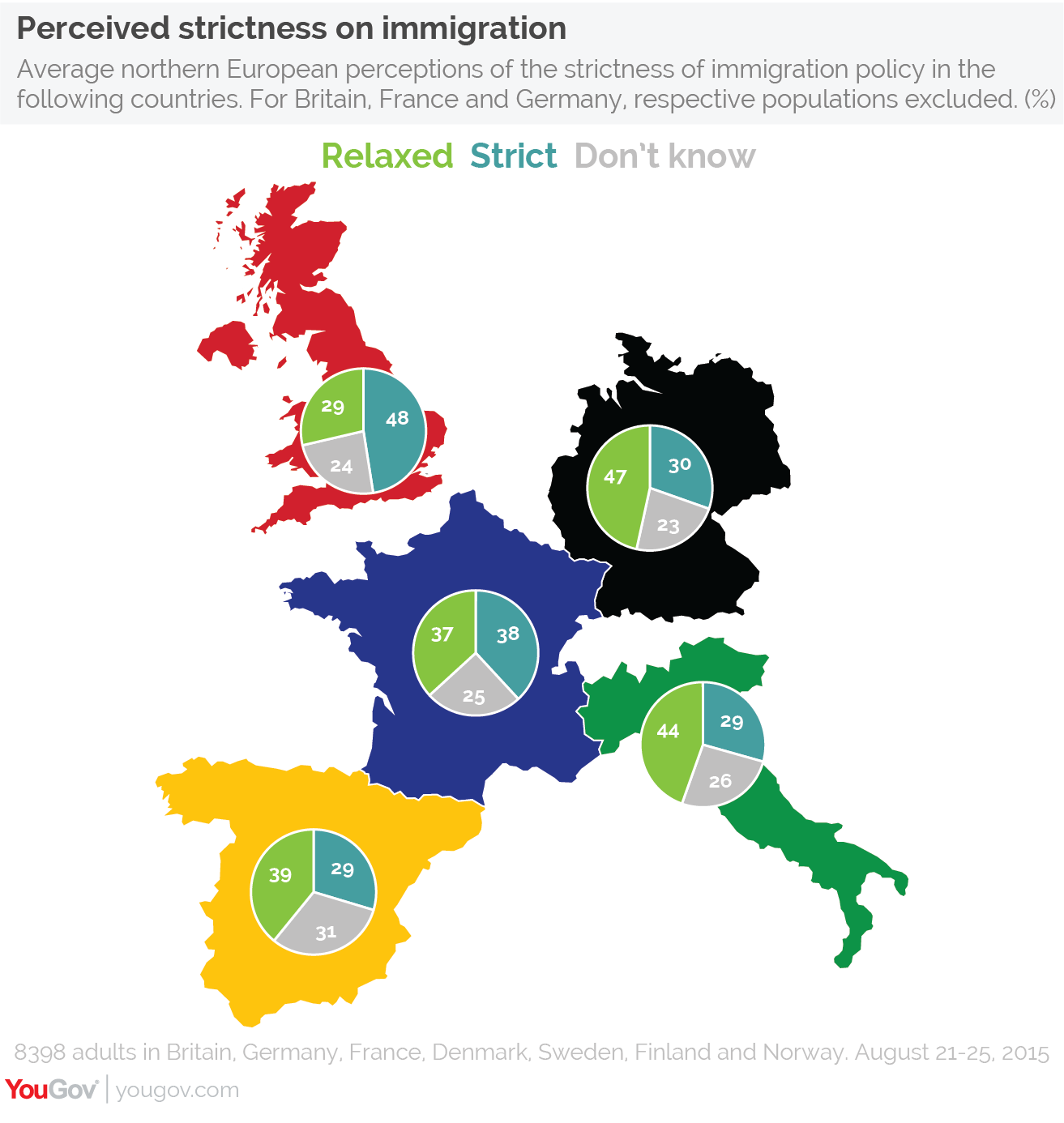 People are divided over France's approach to immigration, but the other nations all tend to be seen as relaxed. The calculation for the average response excludes British people for the UK, Germans for Germany and so on, to arrive at a measure of foreign perceptions. However even with these included Britain is seen as the strictest nation.

Perceptions vary widely from reality. Data from Eurostat, two years old but nevertheless a reliable benchmark for comparison between European countries, shows that Norway had one of the highest levels of immigration, despite its public having one of the lowest estimates of the problem. 57% of Norweigans say there is generally less migration into their country than into other European countries. 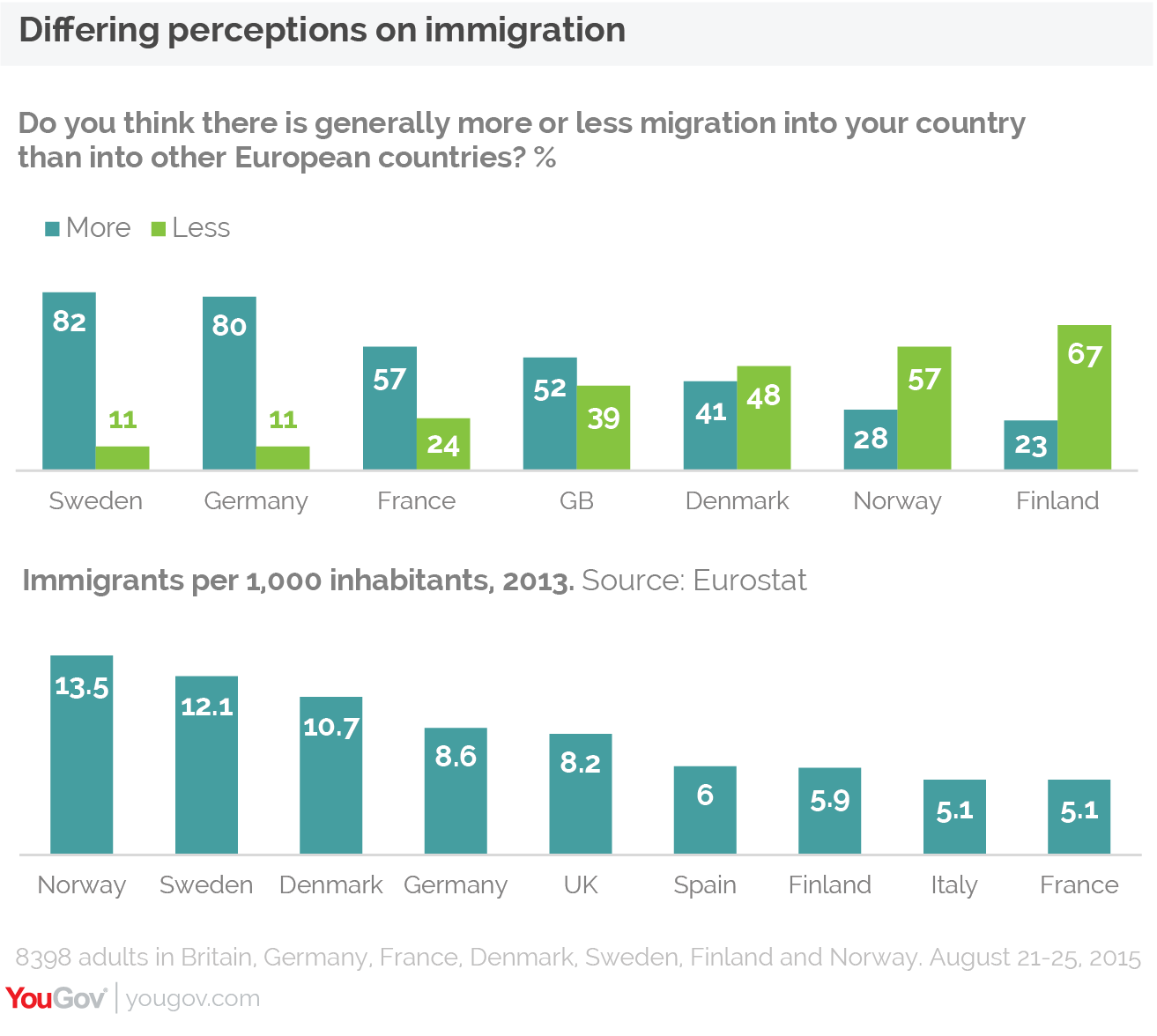 The UK fell in the middle of the 33 European countries measured, with the 14th highest level of immigration, ahead of Spain, Italy and France. 52% of British people say Britain has a higher level of immigration than other European countries. The German and Swedish populations are correct in their estimations, with around 80% saying they accept more immigrants than others do.

Sweden will elect a new government in 2018, after the centre-left Social Democrats emerged as the largest party in 2014. Recent research by YouGov found the Sweden Democrats, a far-right, anti-immigration party, had become the most popular party in Sweden, at 25%, almost double their score in September's election.