On the morning of October 1st a young man entered into the Umpqua Community College in Oregon and killed ten people, including himself, and shot nine others. So far in 2015 there have been 294 mass shootings in the United States, including 45 at schools. Responding to the shooting, President Obama lamented the fact that mass shootings have become routine, arguing that the failure to impose stricter gun laws is a conscious political choice on the part of the American people to allow mass shootings to be common. 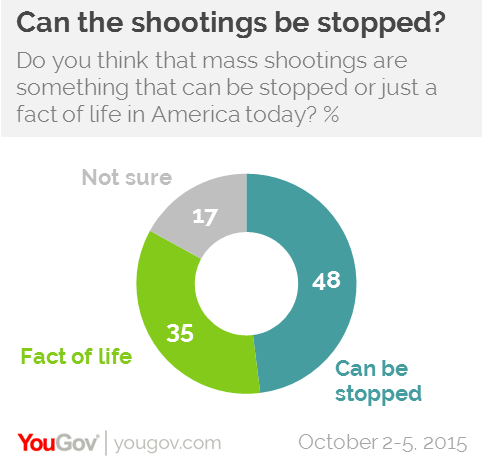 Stricter gun control is not, however, widely seen as the way to stop gun deaths. Only 35% of Americans think that stricter gun laws would reduce the number of shootings of all kinds in the US, while half the country either think they would have no impact (35%) or even increase the number of deaths (15%). 44% of Americans do, however, say that stricter gun laws are more likely to prevent mass shootings than allowing more private citizens to carry guns (36%). 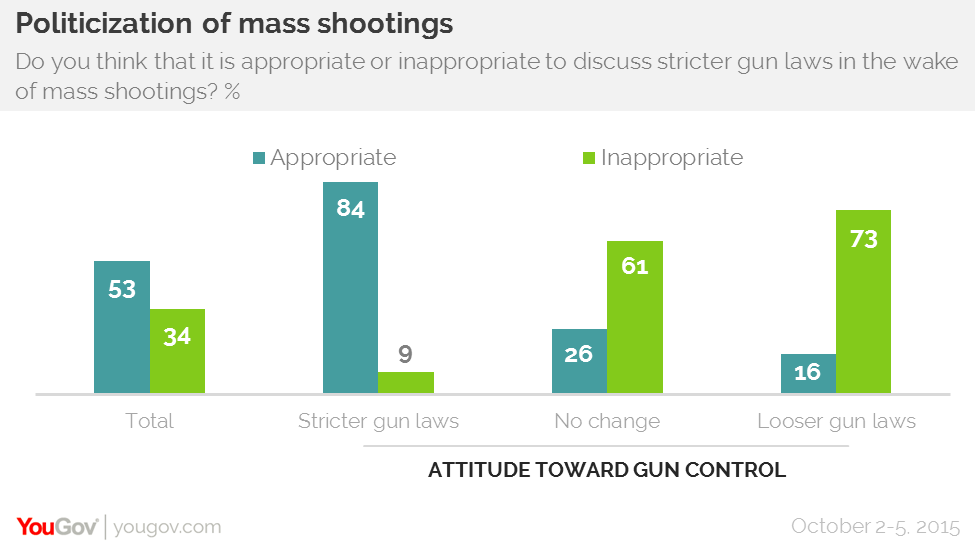 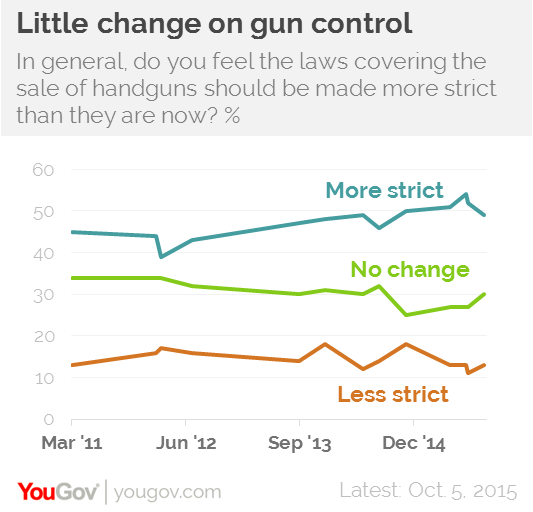 Support for stricter gun laws has long been significant and continues to be the most popular attitude among the public. 49% of Americans support stricter laws on the sale of handguns and 30% support the law as it stands now while 13% want the laws to be loosened. This distribution of support has not changed significantly in the past four years, even in the wake of the deadly shooting at Sandy Hook, indicating that the opinions of most Americans towards gun control are largely set in stone. 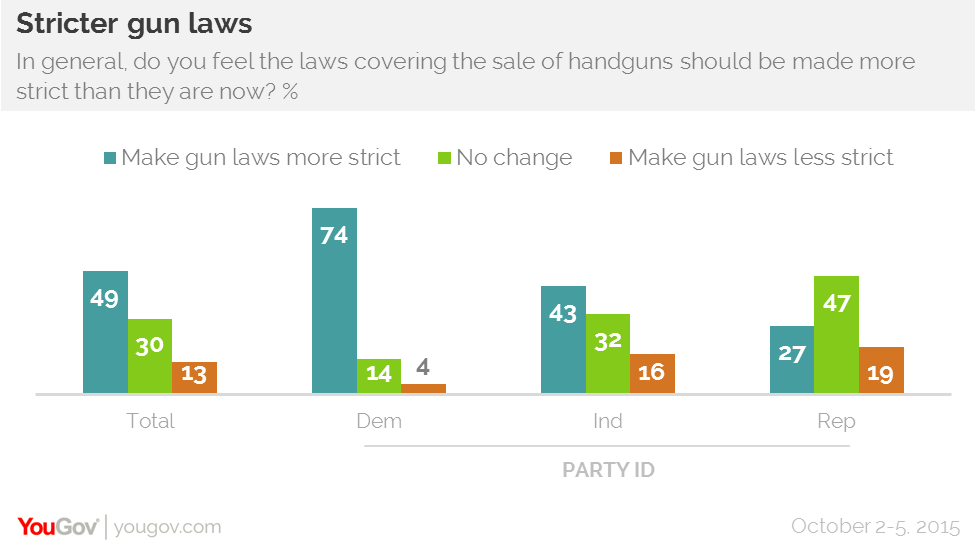