Americans are divided on whether or not to ban Muslims from traveling into the country, but over two-thirds of Republicans back the idea

Research from YouGov shows that Americans narrowly tend to agree (45%) rather than disagree (41%) with Trump's call for a ban on Muslims entering the United States. Respondents, who were not told in the survey that the statement was made by Donald Trump, differed significantly according to political affiliation. A large majority of Democrats (59%) rejected the idea of a Muslim travel ban, though 29% of Democrats do agree with it. Over two-thirds of Republicans (69%) endorsed the idea, and only 25% disagree with a Muslim travel ban. Independents were divided, with 42% agreeing and 37% disagreeing with a potential ban. 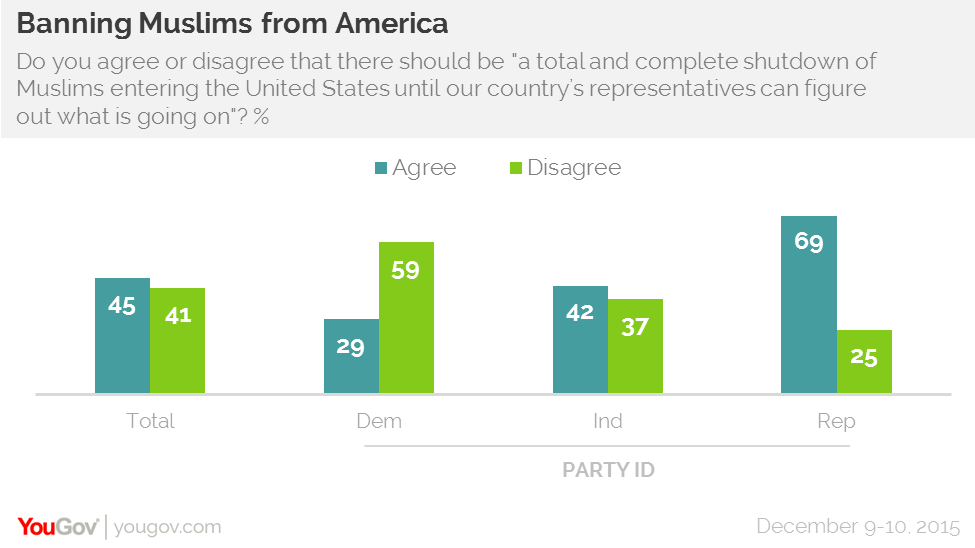 Other polls have found more significant opposition to Trump’s proposal. Notably, YouGov’s is the only to refer to the exact words from Trump’s statement, while others have asked questions about the principle of a temporary ban on Muslims entering the country. 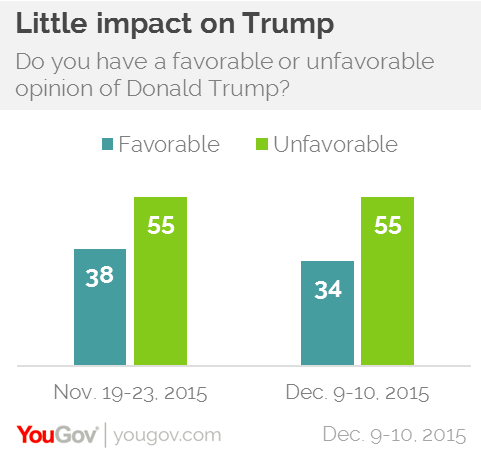 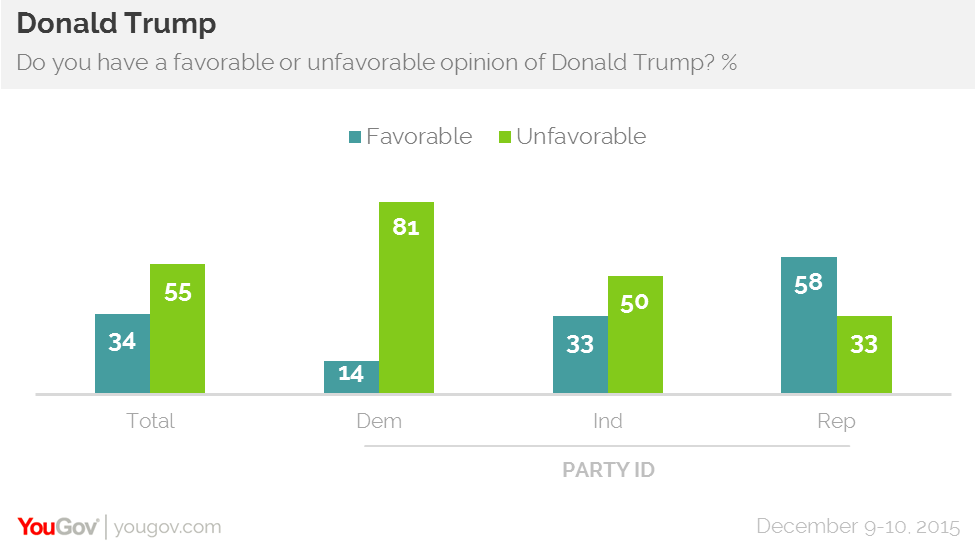 Criticism of Trump also spread outside of the United States, as his claims about no-go areas in London led London's mayor Boris Johnson to say that 'the only reason I wouldn't go to parts of New York is the very real risk of meeting Donald Trump'.