Voters aren't sure Iowa and New Hampshire should have so much influence in the presidential nominations, but many say the results will matter to them anyway

One more day to the Iowa Caucuses – and the public is pretty sure they know what will happen. Voters aren’t necessarily happy about the influence the first caucus and primary states hold.

Still, many potential voters admit that what happens in Iowa and New Hampshire will be important in deciding how they will cast their ballot.

In the latest national Economist/YouGov Poll, pluralities of both Republicans and Democrats think Iowa and New Hampshire have too much influence on who wins the parties’ presidential nominations.

Half the public isn’t sure whether the Iowa-New Hampshire dominance needs to change, and partisans are closely divided on whether Iowa and New Hampshire should remain as the first-in-the-nation, or whether other states should take that position.

Still, the results in Iowa and New Hampshire will matter to many voters. A majority of Democrats and more than four in ten Republicans say what happens in those two states will be important in deciding how they will vote for President.

Americans are pretty sure they know what to expect on Monday night, and it will be a victory for the frontrunners. By far, Republican primary voters expect Donald Trump to prevail in the caucuses, while Democratic voters see a Hillary Clinton win coming. As for New Hampshire, Republican voters again see a big Trump victory, while Democratic voters narrowly see Sanders, who comes from neighboring Vermont, as who has been leading in New Hampshire polls, as the winner.

Republicans see something – or at least hope for something – very different happening on the Democratic side. They expect Sanders to take both events: by 49% to 23% they think the Vermont Senator will carry the Iowa caucuses over Clinton, and by 55% to 16% they think he will do the same in New Hampshire. This may reflect their wish for Sanders to defeat Clinton, who is extremely unpopular with Republicans, or more interest in the polls, which have generally shown a close race in Iowa and a large Sanders lead in New Hampshire.

Of course, public opinion on who will win has always been affected by opinion polls and campaign events.  Clinton and Trump remain in front nationally when their respective partisans are asked who will win each party’s nomination, but they also rank first for electability. 82% of Republican primary voters say Trump could win in the fall, 90% of Democratic voters believe Clinton could win.

In national preference, Trump leads his closest rival, Texas Senator Ted Cruz, by more than two-to-one among Republican who say they will participate in the presidential selection process in their own state. 43% is Trump's highest level of support recorded so far in YouGov/Economist Polls on the race. 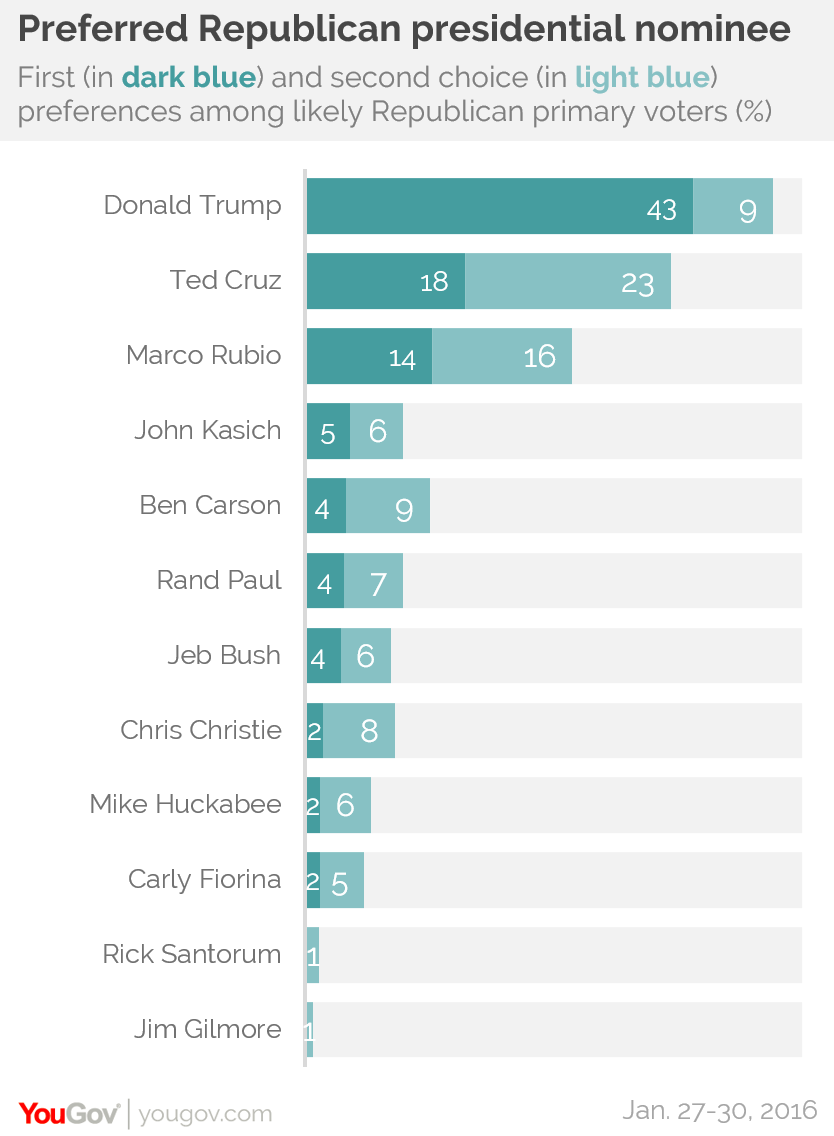 Clinton’s lead over Sanders in preference with Democratic voters nationwide is much smaller. 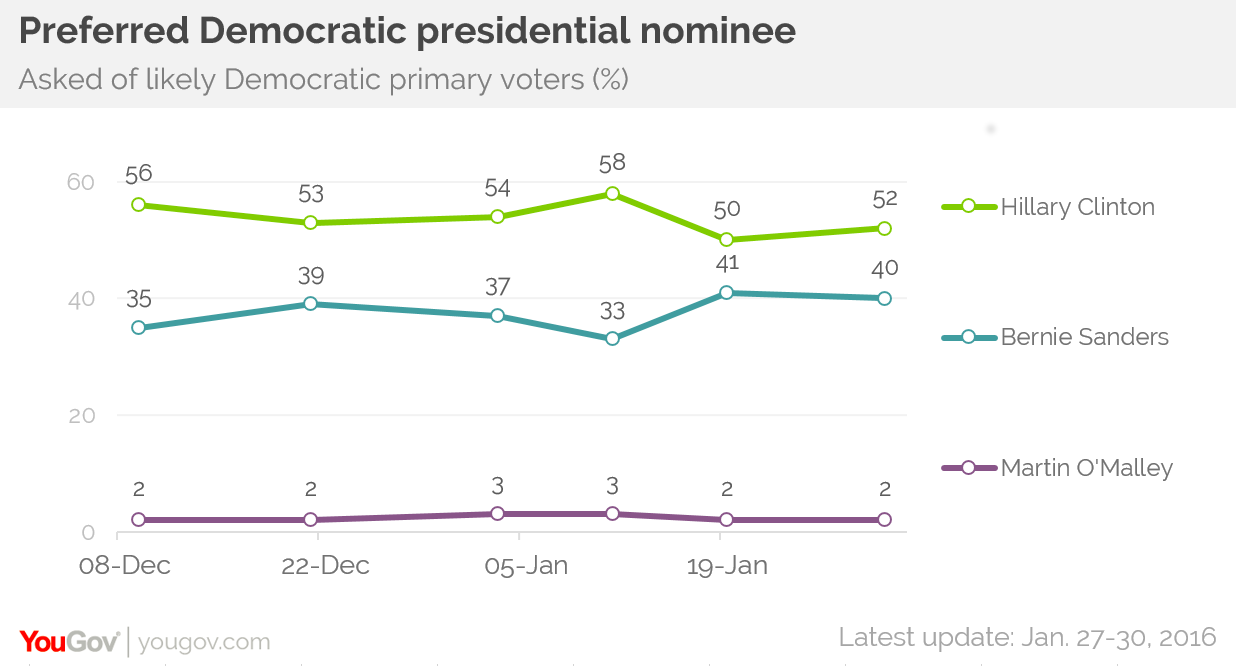 Anger at the entire process is helping fuel two candidacies – those of Donald Trump’s and Bernie Sanders. More than three in four Republicans agree with the statement that they are “mad as hell as not going to take it anymore,” compared with 54% of Democrats. (Overall anger at the system is higher today than in 1992, when CBS News asked this question). Nine in ten Trump supporters are “mad as hell.”

On the Democratic side, while there may be less anger, those primary voters who are angry are as likely to support Sanders as they are to support Clinton. Those who aren’t angry favor Clinton by more than two to one.