The EU referendum campaign sets off with Leave one point ahead

The news has moved fast since David Cameron struck a deal to give the UK "special status" in the EU last weekend, as six high-profile Cabinet members made up their minds and joined the Leave campaign before Boris Johnson finally announced he would defy the Prime Minister's advice and support Leave – a decision coinciding with a slump in the value of Sterling to a seven-year low. When Mr Cameron first announced his draft proposals for the deal the media reaction was cold, and YouGov polling found both a boost for Leave and more than twice as many saying the deal was bad (45%) than good (22%).

In the first poll since the starting gun has been fired on the EU referendum campaign, YouGov's research for the Times shows there's everything to play for, as Leave falls seven points from 45% to 38% to meet Remain at 37% in an almost neck-and-neck race. 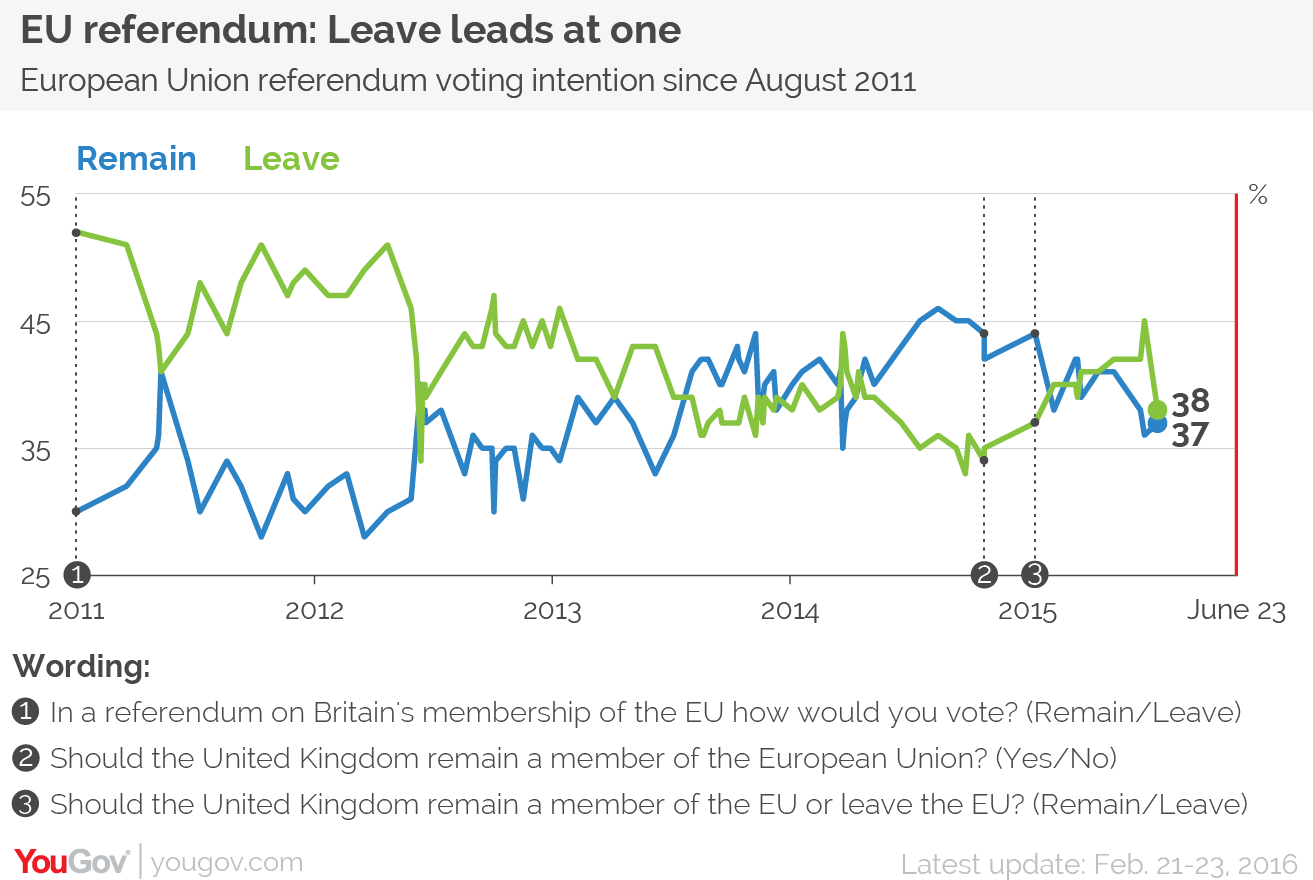 Although immigration has been viewed as the most important issue facing Britain in three polls since May 2015, voters are unlikely to say dealing with immigration will be the deciding factor in how they vote (17% say this will be most important). In contrast 28% say the side which is better for jobs, investment and the economy will be most important in forming their decision and 33% say whichever side strikes a balance between British independence and the appropriate level of cooperation with other countries will get their vote. 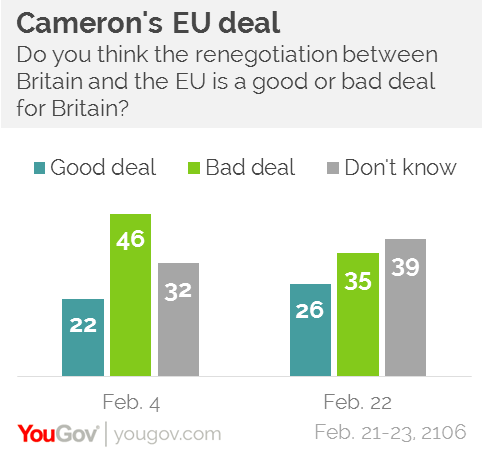 As with YouGov's last poll, the details of David Cameron's reform package are popular on their own, while the percentage saying David Cameron got a bad deal is now down 11 points to 35%. However, people are more likely to say they do not constitute significant changes to our relationship with the EU (45%) than say they do (34%).

This poll included changes to YouGov’s political methodology as part of our ongoing process of refinement. We have dropped our previous weighting by newspaper readership, and introduced weighting by highest educational qualification and the level of attention respondents pay to politics. We have also updated our age weights, so that the top band in our age weighting is now 65 and over, rather than 60 and over. We have also begun interlocking our past vote weights by region, to make our figures more representative within each region.

Finally, we have decided to begin weighting our voting intention figures by likelihood to vote in all polls, rather than just at election time. As an additional measure we will also be down-weighting respondents who did not vote at the previous election. YouGov will continue to keep our methods under active review, now more than ever. We look forward to the detailed findings of the BPC inquiry next month, and are continuing to investigate other potential methodological innovations.