The prospect of cyber-crime and cyber-attacks most worry Americans and Britons, while other Europeans are more concerned about personal data and what children can access

The internet has long been ubiquitous in the West. But as much as the technology has improved daily life for billions of people across teh planet, the online world  has its dark side.

Now new research for Handelsblatt and the YouGov-Cambridge Centre has uncovered big differences between countries on what most concerns people when it comes to the internet. In particular, the results highlight how divergent concerns are between two groups: American and British people on one side and Germans, French and Nordic people on the other.

The starkest difference is in attitudes to cyber-crime. A notable majority of Britons (64%) and Americans (59%) put cyber-crime in their top three internet concerns and it is the top worry in both nations. However, it is a main concern among less than a quarter (the figures ranging between 11-24%) for people in France, Germany and the Nordic nations, making it the bottom or second-from-bottom concern in each of these countries. 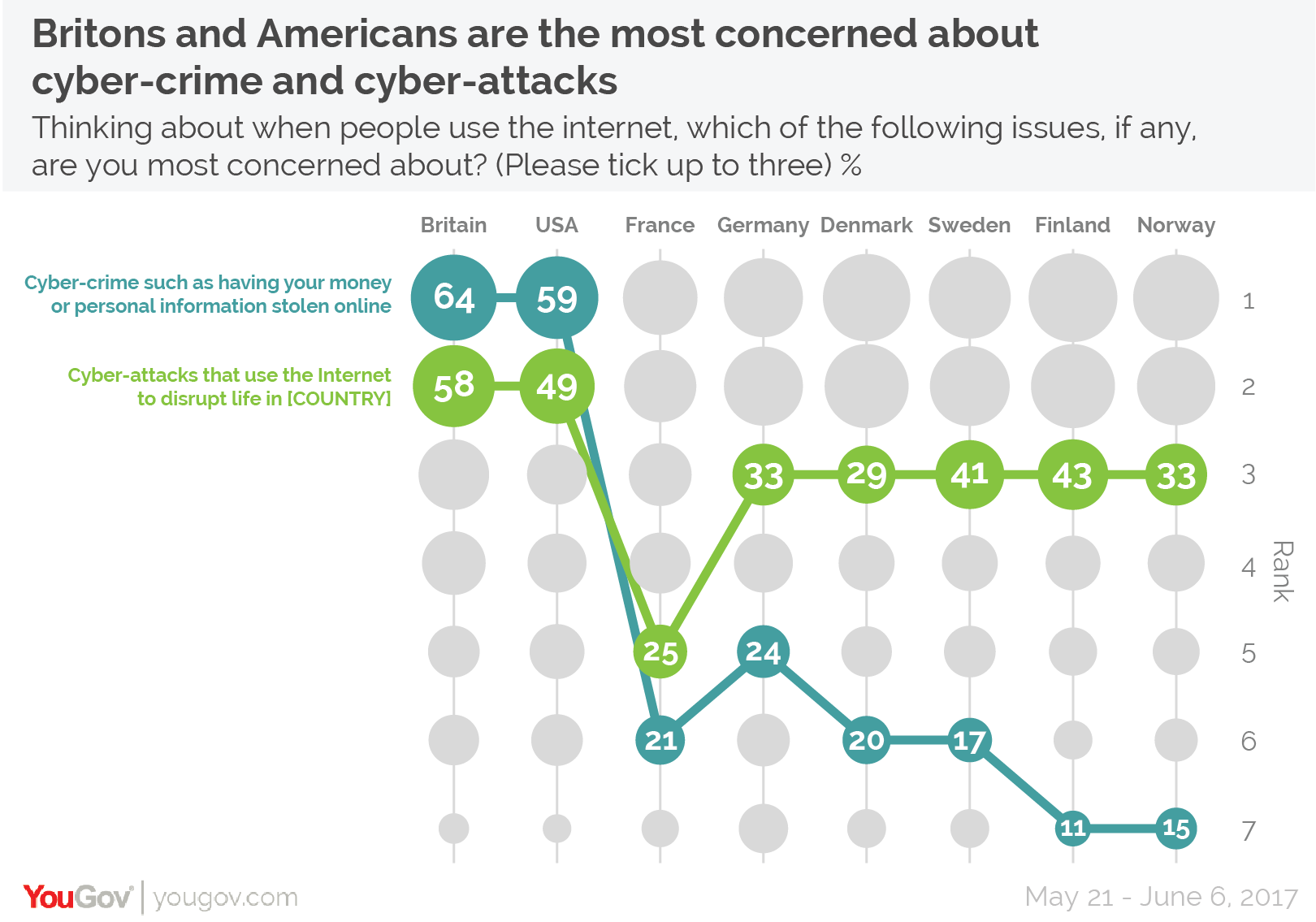 Similarly, Britons and Americans are also more worried about cyber-attacks against their nations, with almost six in ten Brits (58%) listing cyber-attacks in their top three concerns, as do almost half (49%) of Americans. However, in mainland Europe this decreases and in France (25%) and Germany (33%) the figure is noticeably lower.

…whereas German, French and people in the Nordics are most worried about personal data and children accessing inappropriate content

Concerns about personal data and children accessing inappropriate content were either the biggest or second-biggest worries for mainland Europeans.

Children accessing inappropriate online content is the number one worry among Danes (66%), Swedes (58%) and joint-first among Germans (54%). On this issue Britons are much closer to their continental counterparts than their transatlantic cousins – 43% of Brits are concerned about kids accessing bad stuff online, compared to just 23% of Americans. 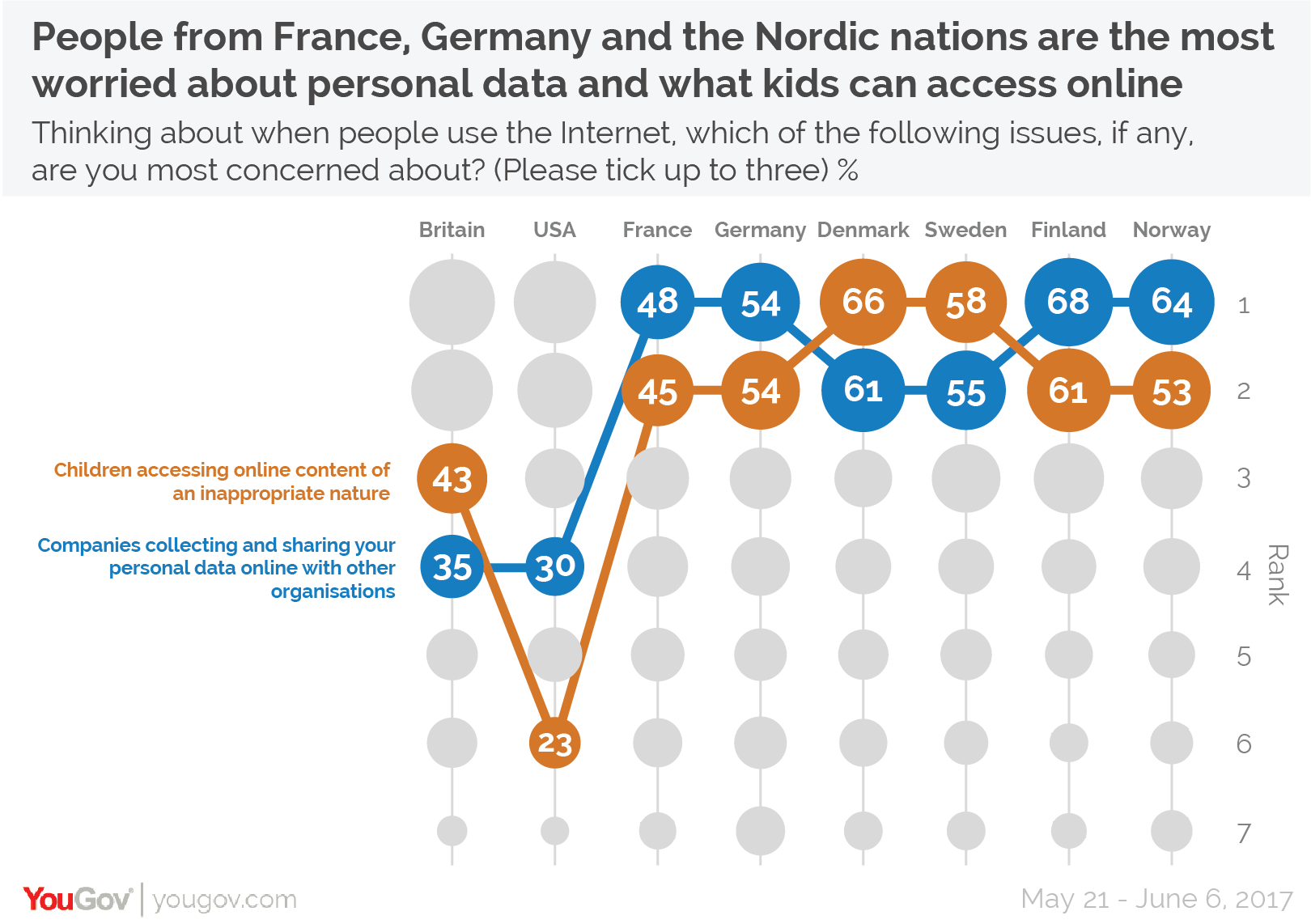 Companies collecting and sharing of personal data is the number one issue among Finns (68%), Norwegians (64%), Germans (joint-first on 54%) and the French (48%). However, Brits and Americans are markedly less worried about this issue, at 35% and 30% respectively.

America is more worried about fake news than other nations

Following the turmoil "fake news" articles caused during the 2016 presidential election, as well as Donald Trump’s ongoing use of the term to describe various national media outlets, it is perhaps unsurprising that Americans are more concerned about fake news than people elsewhere.

Close to a third (31%) of people in the US put fake news in their top three concerns about the internet, meaning it is their third biggest concern overall. Furthermore, attitudes towards fake news seem to be non-partisan. 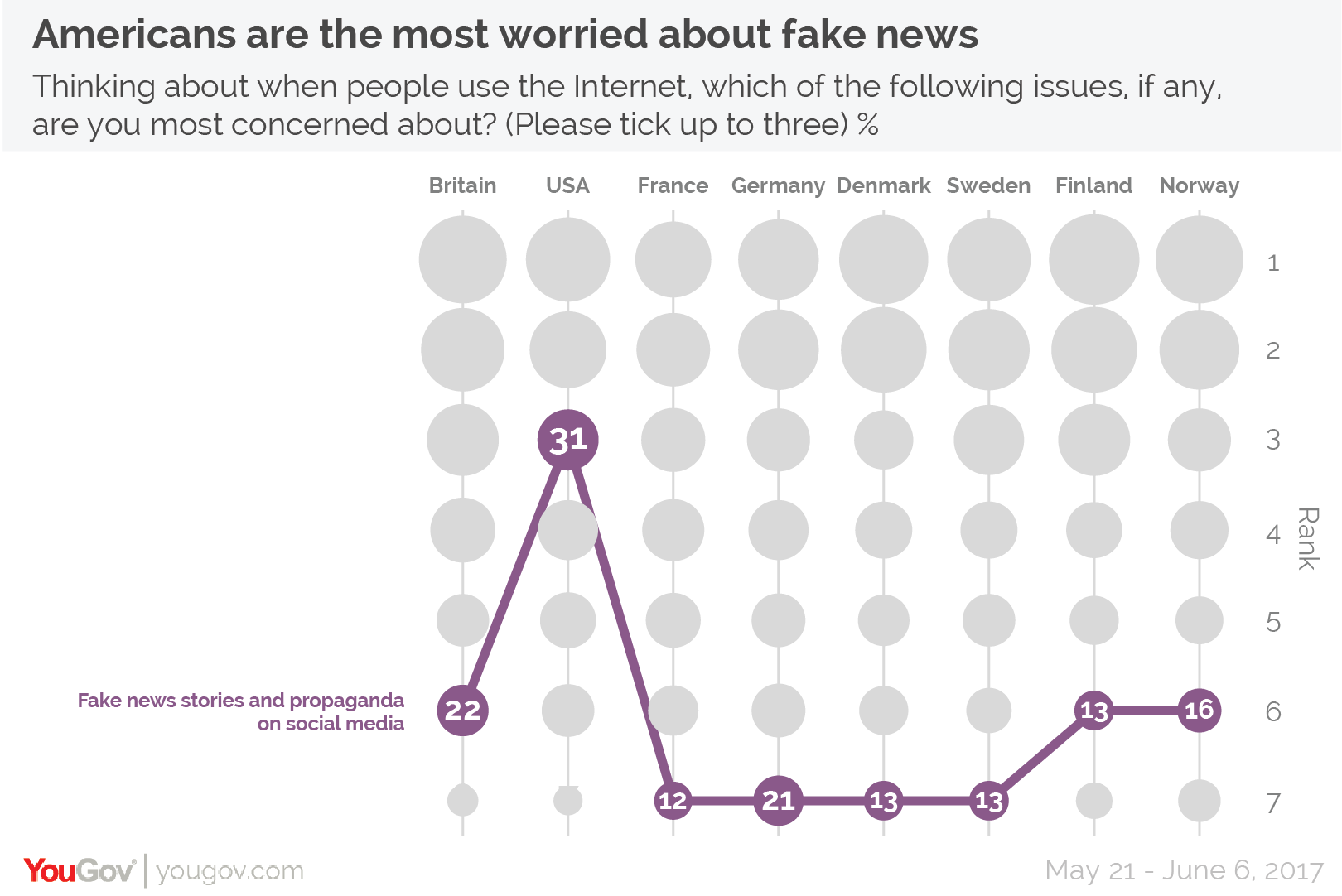 The next most worried nation about fake new is Britain (22%) of people while the French, Danes, Swedes and Finns are the least concerned, at 12-13%.

The topic that stirs the least concern among people in The US and Britain is the prospect of someone posting hurtful or personal things about them online. Just 7% and 8% of people in these countries said this was one of their top internet worries. However, it is a much bigger concern among the other Europeans - particularly in France where at 34% listed it as a major concern. 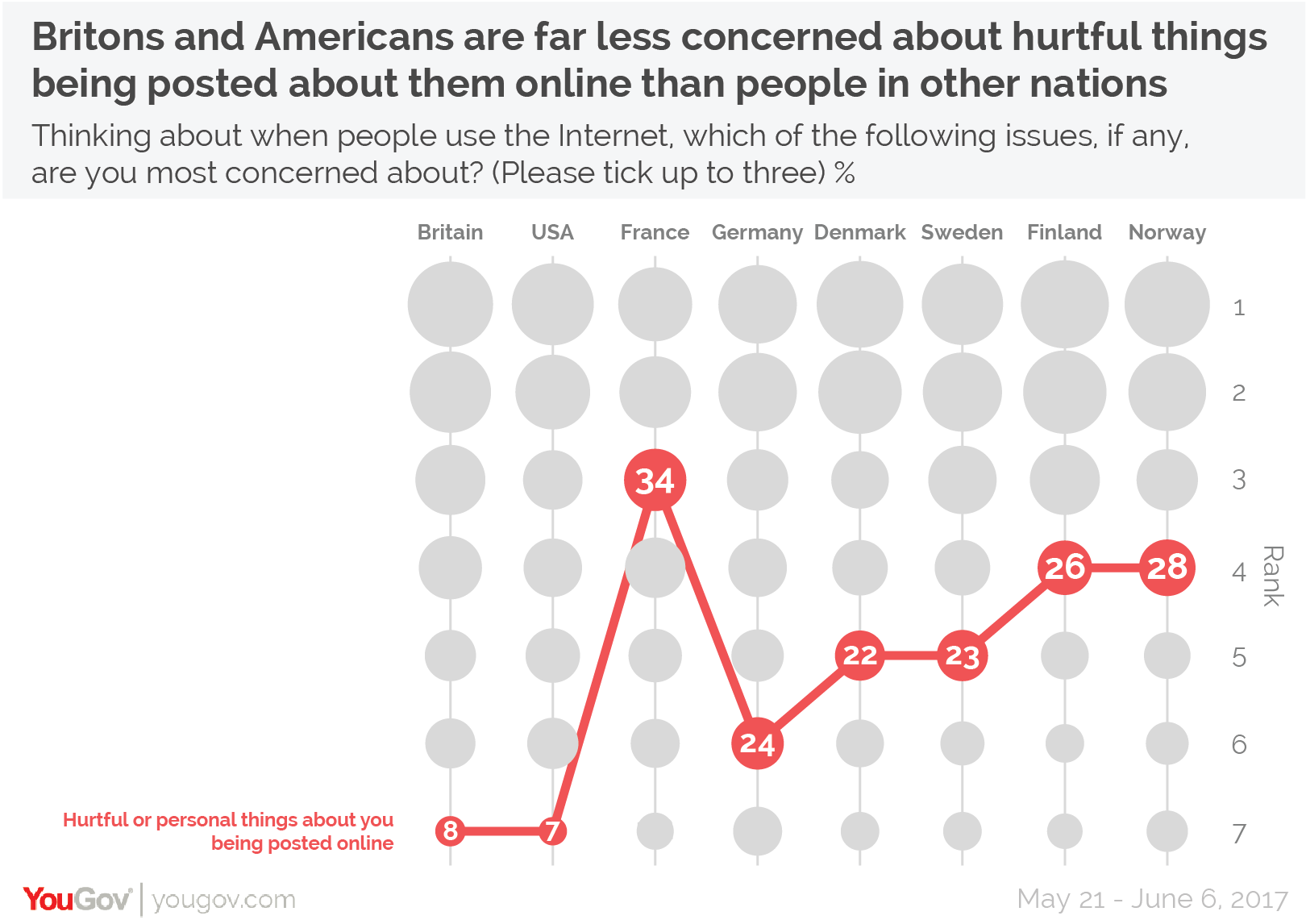