The recent Labour party conference struck a blow to those who still hold out hope that they can overturn Brexit.

While Labour’s policy on Brexit has been, and remains, somewhat ambiguous, shadow chancellor John McDonnell appeared to rule out a “remain” option being on the ballot at any further Brexit referendum.

As it is, the general public does not have the impression that events are leading towards a re-run of the 2016 vote. Just one in five Britons (20%) think that another referendum on whether to remain in or leave the EU is likely, compared to almost two thirds (65%) who think it is unlikely. 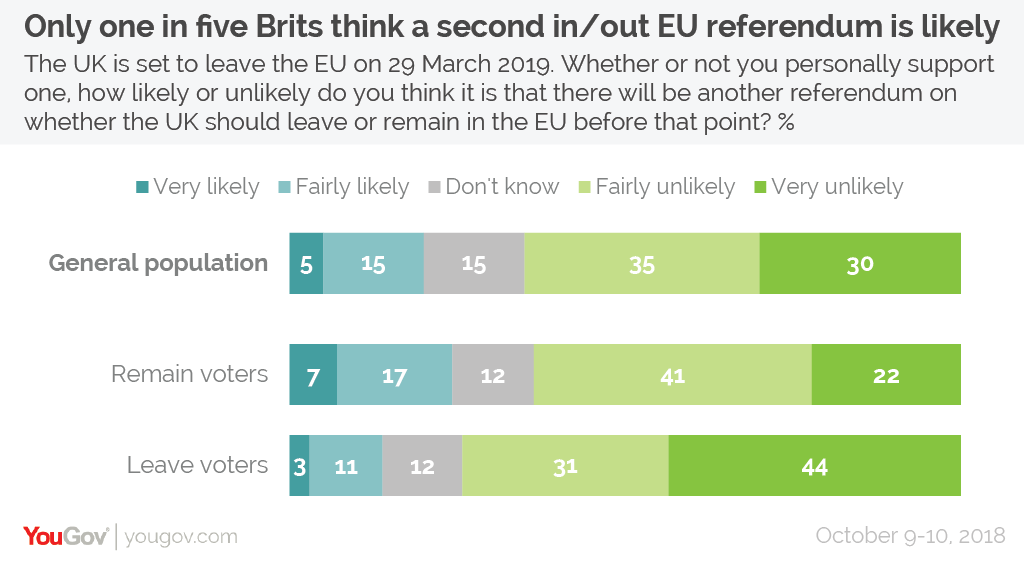 Support is only marginally higher among Remain voters – just a quarter (24%) think a second referendum on whether to stay or go is likely. By contrast 63% feel it is unlikely.

Leave voters are even less inclined to think another in/out referendum is forthcoming – just 14% think a repeat vote is likely compared to 75% who don’t.

The youngest Britons are the most expectant that there will be a second referendum on such terms. Close to a third (31%) of 18-24 year olds think it is likely that there will be another public vote, although as with all other social groups the majority don’t anticipate one (54%).